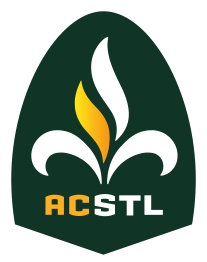 We are perhaps only a day or two away from a final compromise brokered by the USSF with regards to the dispute between USL and some of its team owners. USL has served American soccer well for over twenty years and has helped to produce several high level players for the various US National Teams.

Last week however, Jeff Cooper’s well-timed and impressive announcement related to the formation of AC St Louis to play in the NASL must be considered by the USSF in any decision. Not having professional outdoor soccer in St Louis next year cannot be even remotely on the table as the Federation seeks to build a broad consensus around whatever decision it makes.

I’ve written numerous times at this website and at Major League Soccer Talk, that St Louis is in fact the home of American soccer. Even more symbolic as we enter a World Cup year, where the United States will be drawn together with England at the group stages is the remembrance of the 1950 World Cup.

In the 1950 World Cup, a largely St Louis based American team shocked England and the world with a 1-0 victory in Belo Horizonte.  In naming the new NASL team AC St Louis, longtime St Louis soccer leader Jeff Cooper has connected the new club with the history and legacy of the St Louis Athletic Club whose impact on the early development of American soccer was second to none.

With St Louis continuing to be seen by many US fans as a shining light in the domestic game, the USSF must ensure that the city has a professional team in 2010. Under the rules of USL this will be difficult because the league sold the license to field a professional franchise in the region to a group that runs a PDL team in the area.

If the NASL is not sanctioned and the rebel teams are forced to return to USL, what happens to St Louis? Should the USSF force a return to USL by the affected clubs, leaving St Louis in the cold, the Federation will have lost much public support and symbolic sentiment.

18 thoughts on “USSF Must Respect St Louis In Decision”