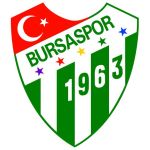 Perhaps the most anticipated moment in Turkish football occurred this past Sunday.  For years, Turkish football fans have wondered if there would be a fifth team to win the Turkcell Super League championship.  Since Trabzonspor last won the league in the 1983-84 season (their sixth title), only the big three Istanbul clubs, Fenerbahçe, Galatasaray, and Beşiktaş, have had a stranglehold on Turkish top flight football championships.  It seemed that the only way that any player could win a league title, was to play for either of the previous championship winning clubs.  That was true, until now.  Bursaspor became the champions of the Turkcell Super League, winning their first title, after never having even finished in the top three in previous years.

The situation coming into the final day was simply this.  Bursaspor had to win its final match against Beşiktaş and hope that Fenerbahçe would drop points at home to visiting Trabzonspor.   With Fenerbahçe’s home ground being a virtual fortress, it seemed as though the people of Bursa had to wait and hope that some good news would filter out of Istanbul.  With both matches being played at the same time, the excitement over who was to be the champions of the Turkcell Super League would reach a crescendo until the final whistle.

Bursaspor kicked off against Beşiktaş with the possibility of a title on their hands.  They would have to do without the influential Volkan Şen in the lineup due to suspension via yellow card accumulation.  It did look good for Bursaspor in the 32nd minute.  Pablo Batalla scored for Bursaspor after Beşiktaş goalkeeper Rustu Recber was caught off his line.  In the 44th minute, Bursaspor would get their second goal via an own goal by Beşiktaş defender Ibrahim Toraman.  Beşiktaş would pull one goal back in the 85th minute, as Uğur Inceman scored off a rebound when the ball came out of Bursaspor goalkeeper Dimitar Ivankov’s hands.  Bursaspor held on for the 2-1 victory.  But whether there would be wild celebrations in Turkey’s fourth largest city depended on what happened in Istanbul.

Fenerbahçe came home looking to clinch a record 18th Super League title.  The opponents would be Trabzonspor, the same team that denied Fenerbahçe the chance to break their Turkish Cup curse.  The match started off with Fenerbahçe coming at Trabzonspor hot and heavy.  In the 14th minute, Dani Guiza scored to put Fenerbahçe up 1-0.  Fenerbahçe continued with their heavy attack towards the Trabzonspor goal.  But in the 23rd minute, Burak Yilmaz put in a volley over the head of Fenerbahçe goalkeeper Volkan Demirel, and into the net to tie the match for Trabzonspor, 1-1.  In the second half, Fenerbahçe looked to score, and had much of the offense during the second half.  But if there had to be a man of the match, it would have to be Trabzonspor goalkeeper, Onur Kivrak.  Kivrak made crucial save after crucial save keeping Trabzonspor from losing.  What is funny about this match was the announcement at the third minute (of four) of stoppage time.  The stadium public address announcer announced that Beşiktaş had scored in order to tie the match at two goals apiece in Bursa.  With that, Fenerbahçe seemed to just lay back and not attack as emphatically as they were during the match.  When the final whistle blew, fans rushed the field thinking that Fenerbahçe clinched the title.  It wasn’t to be.  This echoed the final game of the 2005-06 season for Fenerbahçe.  Needing a win to clinch the title, Fenerbahçe drew at Denizlispor, while archrivals Galatasaray beat Kayserispor 3-0 to capture the title on the last day.  Ironically, that match four years ago ended the first run of Christoph Daum as manager of Fenerbahçe.  With rumors swirling that he may not be brought back to coach the team for next season, it seems as if history could repeat itself.

With the news filtering in that Fenerbahçe did not win the league title, some Fenerbahçe fans decided to take out their frustrations on the stadium.  Tempers flared, literally, as fires were lit in the stadium.  Seats were torn off their bearings and thrown out onto the field.  The Istanbul police were called in and had to fire water cannons to break up the angered crowd.  Some fans were detained by police and many people were injured.

With the news that Fenerbahçe was held to a draw, Bursaspor players went ballistic, knowing that they had achieved a historic title.  Becoming only the second team to break the Istanbul championship deadlock, Bursaspor can be able to lift their heads high, knowing that they beat the odds to claim a championship.  Bursaspor manager Ertuğrul Sağlam said that by becoming champions “we have brought success back to Anatolia.”  With this historic title, Bursaspor now qualifies directly for the group stage of the UEFA Champions League.  But whether Bursaspor can be able to continue this success is the question.

But for now, Bursaspor, and the city of Bursa itself, can and should revel in the fact that for now, they are the champions of Turkey.  Not only did they defy the odds, but perhaps have opened a new chapter in the history of Turkish football.  With what seems, or seemed, to be a championship hot potato played by the big three Istanbul clubs, its refreshing to see that a team from Anatolia came in and finally broke through to the promised land.  It could send a message to other teams in Turkish football as a whole that if Bursaspor could win the title, then any club could.  Perhaps there will be the biggest crocodile walk in the world with Bursaspor winning the Turkcell Super League championship.

A few weeks ago, there was an article entitled “Bursaspor’s Final Exam” (written by myself).  Bursaspor had the toughest road ahead of them four weeks ago if they wanted to clinch the Turkcell Super League championship.  With two of the big three Istanbul clubs to play, it seemed as though it was an impossible task.  Now four weeks later, Bursaspor has not only passed that exam, but has become the valedictorians of Turkish football.  If any club deserved the title, it was Bursaspor, and they have earned the title of Turkcell Super League champions.